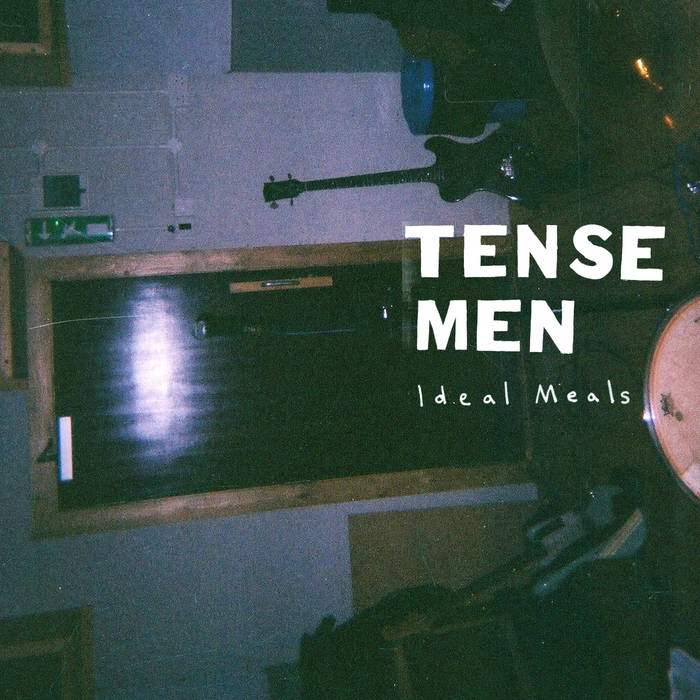 We spent a year or something writing a load of songs as a three piece, then spent a few months recording them on Richard's 4-track. We didn't know what they would be but just started trying to capture them. The process was flawed and disorganised, we lost recordings, tapes went missing, we recorded over things, had to re-record things, found songs again, was it the right take? Lost the entire album in the cloud. We persevered and it got very close to being finished many, many times, it has taken many forms, tracks got dropped, brought back, it has sounded many different ways and at some point it disappeared... too many songs? shouldn't have done it ourselves? No-one to tell us it was a doomed endeavour? We remained friends but also at some point stopped being a band. A few months ago this thing got resurrected, finally figured out how to mix it, mastered it, amazingly we were all happy. Found some photographs from the recording process and here we have TENSE MEN'S IDEAL MEALS. Enjoy mates.

Music recorded live on to a Yamaha 4-track in 2014/15
Vocals & overdubs done on the computer.
Mixed and mastered by Richard Phoenix 2015/18
Photos and Bass by Liam O'Neill
Text, Guitar and Vocals by Oliver Fisher
Layout and Drums by Richard Phoenix
All songs by Tense Men, lyrics by Oliver

Bandcamp Daily  your guide to the world of Bandcamp